During our holiday weekend camping trip to New Ulm, Minnesota just after July 4th, we also took some time for a bit of sight seeing.  At the top of my list of places to see in New Ulm was the Hermann Monument, affectionately referred to as “Hermann the German”.  My childhood memory of this place was that it was a really huge structure, and my memory served me well — the copper statue and base has a total height of 102 feet, and provides a great view of the surrounding region from the viewing area: 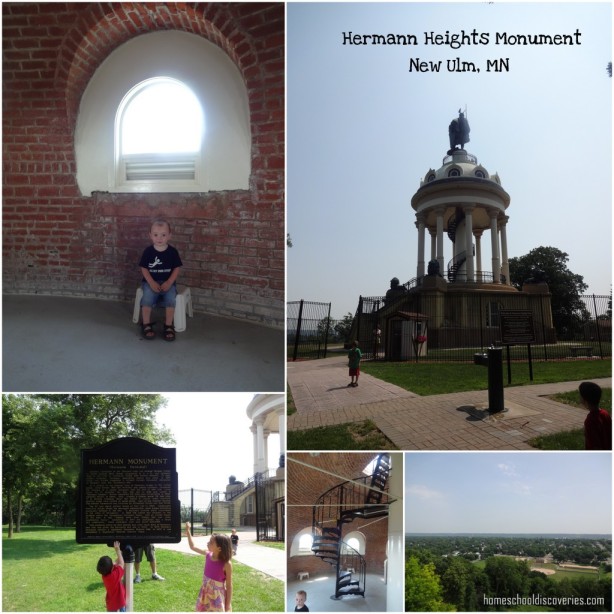 The Hermann Heights monument comemerates the role that Hermann (also known as Arminius) played in the Battle of the Teutoburg Forest in 9 A.D. — a victory for Germanic tribes over the Romans.   Over the centuries Hermann became a sort of national hero, and a much larger statue of Hermann can be seen in Germany, somewhat near the site of the battle.  You can read much more about Hermann and the monuments to him on Wikipedia.

In the base of the monument there is a small interpretive center with interesting artwork and displays: 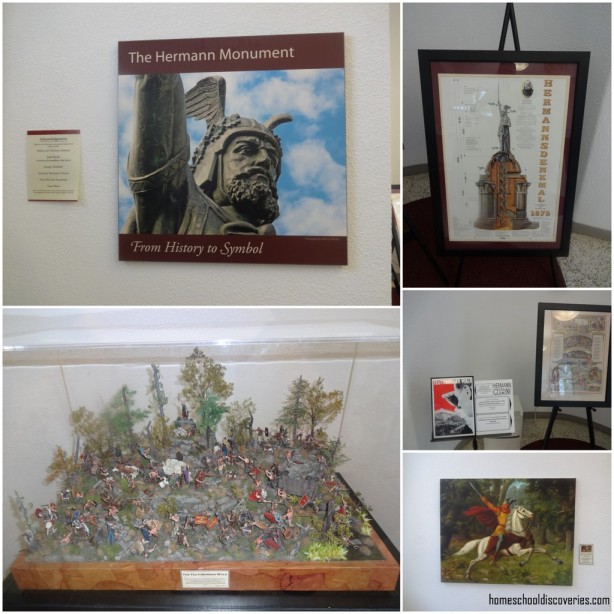 The displays were quite interesting and I learned much about Hermann that I had forgotten (or never learned) since my childhood visits to Hermann the German.